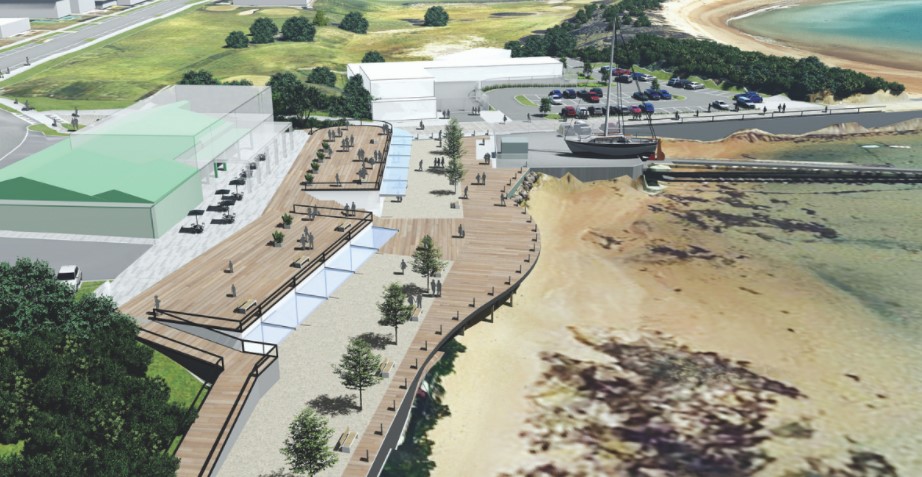 A concept image of part of the proposed upgrades in the Apollo Bay Harbour Development Plan.

Recently recognised as a top 3 finalist in the ‘Wotif Aussie Town of the Year’ its no surprise that both locals and tourists agree that Apollo Bay is the place to be! Surrounded by endless beaches, walking trails and the Great Otway National Park, along with boutique shops and fantastic fresh seafood and produce. The Great Ocean Road has also been rated as the number 1 Aussie road trip “a must-drive at any time of the year, with gorgeous ocean views and countless beach towns to explore along the way.”

In light of this, according to the Colac Otway Shire’s most recent update, a plan to improve infrastructure on public land in Apollo Bay is about half done including categories such as roads, car parking, bus parking, footpaths and storm water drainage. Councillors considered the quarterly performance report for the October-December quarter at their February meeting. The report contains information on the progress of actions in the Council Plan, planning and building activities, capital works and major initiatives, and the status of the council’s finances. The plan builds on the previous Coastal Tourism Traffic and Parking Study and will provide strategies for improvement of public land in the three towns including the main central foreshore of Apollo Bay and commercial areas. In a separate draft which is expected to be a framework for the next 20-30 years, the Apollo Bay Harbour Development Plan outlines how new buildings and landscaping will look and how pedestrians and vehicles will move around the site. Along with identifying commercial and recreational areas within the precinct, the location of public amenities, picnic areas and car parks, and providing connections to the surrounding streets, beaches and Apollo Bay’s town centre.

This highly desirable pocket of the coast has experienced a 47.9% population growth since 2011 and the market has never been stronger. Following on from recent months of unprecedented activity with strong sales residentially and in the hinterlands surrounding Apollo Bay, new land releases have also been selling extremely well with 30 land allotments sold since January! 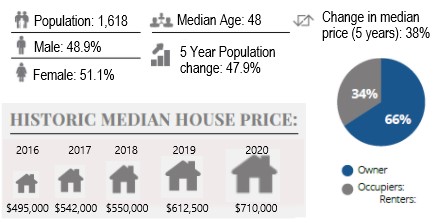 Keep an eye out for our picturesque town on Masterchef Australia’s 13th season which includes a episode filmed at our iconic harbour as a part of a road trip across the state in partnership with Visit Victoria!

“If you can’t fly then run, if you can’t run then walk, if you can’t walk then crawl, but whatever you do you have to keep moving forward.”― Martin Luther King Jr.