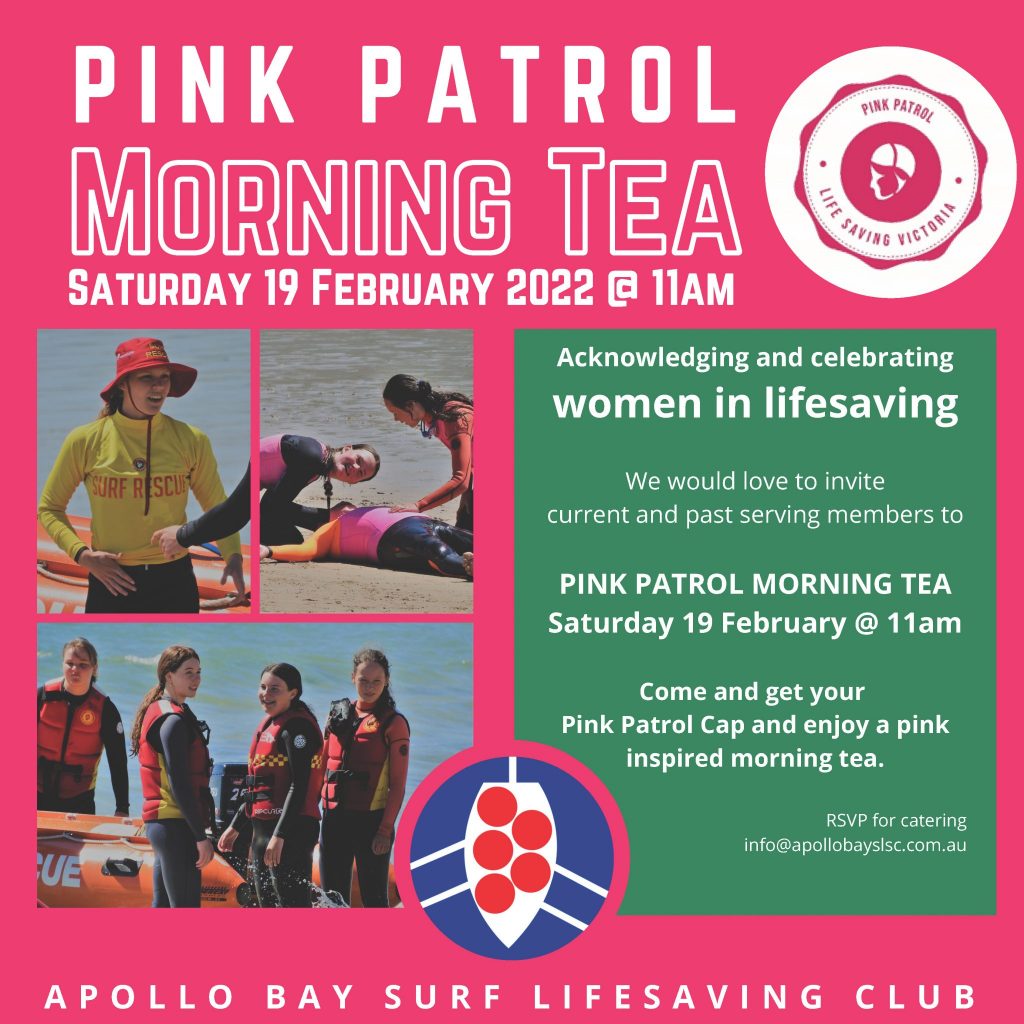 Great Ocean Road Real Estate are proud to be sponsoring the Apollo Bay Surf Life Saving Club’s first ever annual PINK PATROL MORNING TEA. The event is to be hosted this Saturday, February 19, 2022 commencing at 11 a.m. in the clubhouse, to honour women in lifesaving. Members who are now serving as well as those who have previously served will be honoured.

Along with the morning tea, Apollo Bay SLSC will be doing a PINK PATROL on February 19, 2022, from 1.30 to 4.30 pm, with key positions filled by female members of the club.

Everyone is welcome to celebrate Apollo Bay’s PINK PATROL. Please send an email to info@apollobayslsc.com.au to confirm your attendance.

Tourism Australia has officially begun a $40 million marketing campaign to entice overseas tourists back to Australia in 2022, with the country’s borders opening to tourists from next Monday. The Twelve Apostles are featured in the new campaign, which hopes to reintroduce visitors to the Great Ocean Road after two years of COVID-19 lockdowns. From February 14th, the new campaign, “Don’t Go Small. Go Australia,” will feature a 30-second ad targeting western countries such as Germany, France, Italy, and Canada, as well as the United States and the United Kingdom. It is the government tourist body’s first large-scale foreign campaign since before the COVID pandemic and the 2020 bushfire catastrophe, it seeks to remind visitors of all the remarkable things they can do in Australia. The campaign kicked off with innovative out of home placements in renowned sites throughout the world, including Piccadilly Circus in London and Times Square in New York.

According to Australia’s minister for trade, tourism, and investment, Dan Tehan, Tourism Australia was ready to ramp up its global marketing efforts as the border re-opening was announced. It comes after Prime Minister Scott Morrison announced earlier this week that Australia’s international borders will reopen on February 21 to fully vaccinated travellers. The 30-second TV commercial showcases a montage of iconic Australian landscapes, including The Great Barrier Reef, Sydney Harbour, and Uluru, and invites visitors from around the world to “Come and say g’day.”

Voted a top tourist town in 2021 and consistently awarded one of the best beaches in Australia, it is no surprise that there has been a 47.9% increase in population of the past 5 years, up to a population of 1,619 with approximately 66% of homes being owner occupied. House prices in the Colac Otway district are currently among the fastest growing, fuelled by sea & tree changers with more than 32,000 Melbournians having quit the city in the months to March 21, the most of any capital city. This continued growth, combined with the natural beauty of the area is witnessing first time visitors falling in love with the area. With continued pressures on stock levels along the coast, selling strategies continue to be the biggest key to unlocking premium results in a sellers market.

The Apollo Bay Distillery is a place to escape the noise and chaos of everyday life. They aim to preserve the tales of the town and embody the spirit of Apollo Bay.

Their gins are linked to the ships that sailed off this treacherous coast many years ago and serve as a strong reminder of Apollo Bay’s nautical history. Located in the old Post Office, built in 1970, also home to the anchor of the historic SS Casino who came to a fateful end off one of our local beaches.

A visit to ABD would not be complete without trying a gin flight consisting of their handcrafted gins, distilled onsite, using local botanicals. The beautiful copper column still is not to be missed! These unique and artisan gins can be enjoyed alongside a freshly made wood fired pizza, using only the finest flour and ingredients. ABD are proud to collaborate with local businesses including Hello Coffee who supply delicious locally roasted coffee beans.

“The best preparation for tomorrow is doing your best today” 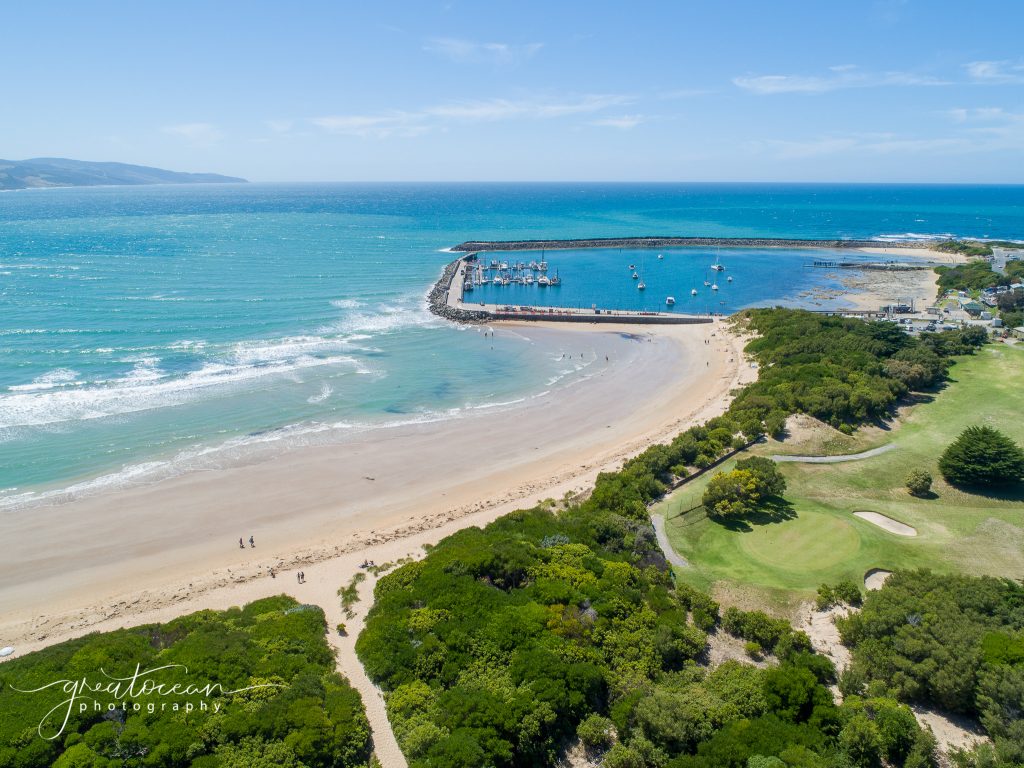 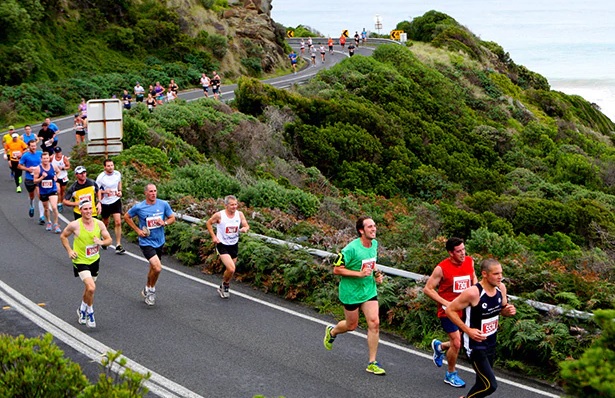